This event is past. Check out what's coming up!

Since 1990, nonprofit Washington Parks & People (WPP) has tried to reduce poverty and violence in Washington, D.C. neighborhoods by improving parks. At the height of the recession in 2009, the organization received a stimulus grant to create a “green” job-training program in communities hardest hit. They had two years to help unemployed people find jobs and improve parks in their neighborhoods.

Steve Coleman, a grassroots environmental leader who directs the organization, is tasked with using the grant to hire 150 unemployed residents to care for the city’s most blighted urban parks and improve upon the soft skills required to get a job. For Charles Holcomb, the paycheck offers him a chance to give his newborn daughter the life he never had. For Michael Samuels, the job training is a first step forward after a drug conviction marred his employment record. For James Magruder, the program offers a chance to prove that his neighborhood roots position him as an unsung leader.

What sounds like a simple goal — putting people back to work by planting trees — becomes complicated by community tensions and a fast-approaching deadline before the grant money runs out. Filmed in an unflinching and compelling verité approach over the course of more than two years, City of Trees thrusts viewers into the inspiring but messy world of job training and the paradoxes changemakers face in urban communities everyday.

City of Trees will be preceded by the short film, An Urban Oasis for Migratory Birds. In 2017, Patterson Park Audubon Center launched this groundbreaking video to tell the story of migratory birds, urban parks, and human communities. Focused on Baltimore City’s Patterson Park, the film celebrates community-based action to improve cities for birds and people, a message which is relevant worldwide.

Join us after the film for a discussion with the film's producer Lance Kramer, Jennifer Robinson, Executive Director of Friends of Patterson Park, and Susie Creamer, the Director of Urban Education and Conservation at the Patterson Park Audubon Center.

Since 1998 the Friends of Patterson Park has been instrumental in facilitating a renaissance of Patterson Park and its surrounding neighborhoods. The Friends’ mission is to ensure the park’s vitality as a treasured green space, and encourage use and appreciation by neighbors, visitors, and future generations. To do this the Friends works in partnership with Baltimore City Recreation and Parks to provide free programming and events, volunteer stewardship opportunities, and community outreach.

Patterson Park Audubon Center is a leader in nature-based education, urban bird conservation, and community revitalization. Patterson Park, an urban oasis for migratory birds, serves as Audubon’s outdoor “classroom” as well as an important stopover for migratory birds. Through interactive programs taught in English and in Spanish, Audubon’s environmental education team works with school and community groups to build Baltimore for birds and people. 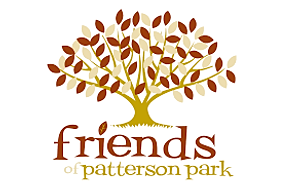